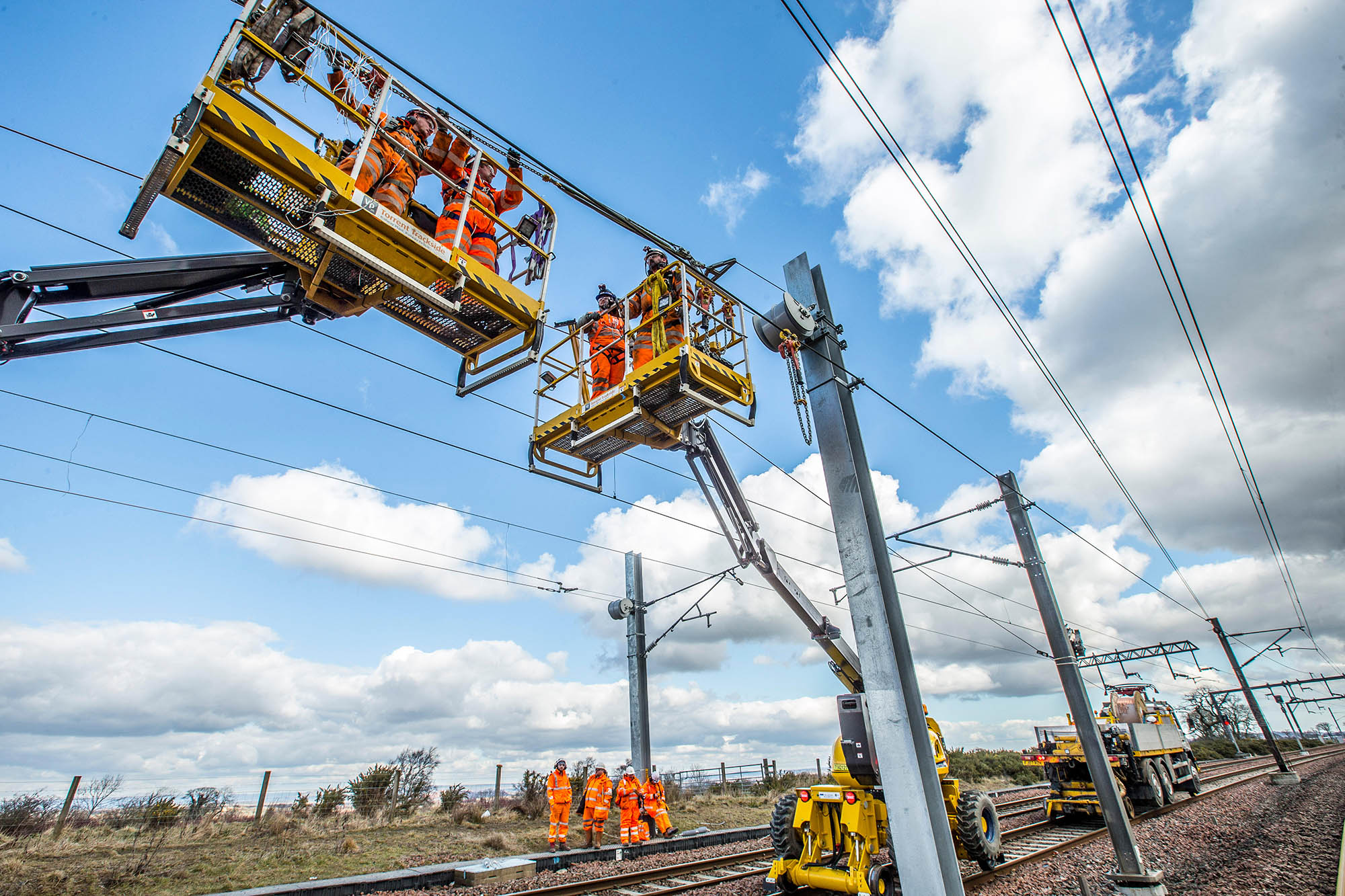 Working with rail power line providers and a leading design engineering consultancy, ZED was asked to develop a guidance system to assist engineers attaching conductor lines to overhead supporting OLE structures.
Typically, the OLE support structures are situated every 60 metres along the track and the conductor hangs in a catenary between these. Engineers must set the conductor at a fixed height above the centreline of the rails but inclined to the same degree as any cant between the left and right rails. Typically, this height is 4.75 metres. Also, to utilise the full width of the pantograph contacts and so as not to cause a groove, the conductor zig zags left and right. Usually, this would be to the left extremity at one support and then to the right extremity at the next and so on. However, this can change on curves, and in general, we require data on the offset or stagger of the conductor for each support. The maximum amount for this offset is +/- 230mm from centre.

This was for a laser guidance system; a rail mounted trolley or bogey to carry a self-levelling tribrach with a fixed Topcon IS (Image station) theodolite. The self-leveller will compensate for up to +/- 11 degrees of inclination in 2 axes from horizontal. Additionally, 2 prisms were to be attached with quick release brackets to the left and right tracks at the position where the conductor is fixed. The theodolite is then situated at a position where it can look down to the prisms and up to the conductor cable. In our planning, we anticipated that the upward line of sight would be between 30 to 45 degrees to the vertical.
With the brackets and prism centres in place, calculations are made considering the conductor offset or stagger to ascertain the correct position for the Topcon laser so that it can lock on to the conductor. With this undertaken, OLE engineers can see the direct offset of the current position from that required, and confirmation via the Topcon laser that the correct conductor line is being monitored.

The ZED system outputs XML data files with the required information for each GPS mast position and global XYZ coordinates for the rails and conductor. Using this, it is possible to establish the stagger at the mast and then provide the required guidance for conductor registration.

Call us this week to schedule an appointment